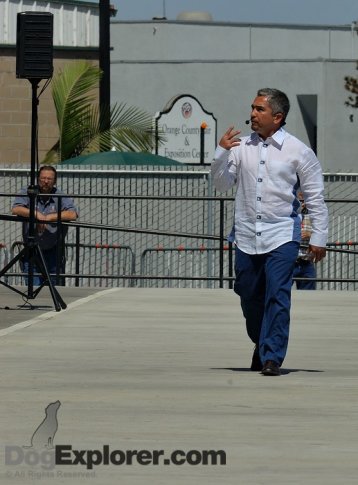 Cesar Millan, known to clients of his Dog Psychology Center of Los Angeles and viewers of National Geographic Television as the Dog Whisperer, is a defendant in two lawsuits filed in Los Angeles Superior Court.

It was a strange week for the man who has become a household name among the tens of millions of dog owners in the United States. After a month of high profile media appearances promoting his new book, Cesar’s Way, Millan finds himself embroiled in litigation and a character playing a central role in an episode of Comedy Central’s animated comedy program, South Park.

But the cartoon is not, what at first glance, it appears to be. Most public figures depicted in an episode of South Park find themselves the brunt of many a joke. Not Cesar Millan.

The storyline involves an incorrigible child who destroys the mental health of two “super nannies” hired to improve his behavior. In a final desperate act the parent brings in Dog Whisperer Millan. From the graphical montage of Millan running towards the camera with a pack of dogs to the most minute depiction of Millan’s mantras and step by step approach, it is clear the writers of South Park are Cesar Millan fans. Or regular viewers at the very least.

First he enters with calm assertiveness, dominating the unruly little boy. Next, he trains the mother. And finally, he rehabilitates the child. Maybe.

On the other hand, Flody Suarez, Makeda Smith and her partner Foster Corder are no fans of Dog Whisperer Millan. According to numerous press accounts and stories published by the Associated Press and BBC, Suarez is a plaintiff in a lawsuit naming Cesar Millan and his Dog Psychology Center of Los Angeles. It is unclear whether the National Geographic Channel is also a defendant in this litigation.