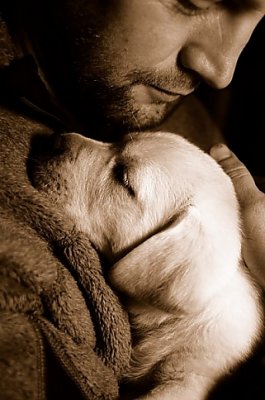 DogExplorer.com recently sat down with Dr. William McCulloch to learn about the Delta Society, how this extraordinary companion animal assistance and therapy organization began, and his vision for its future.

Dr. McCulloch started as a small animal veterinarian before joining the faculties of several veterinary schools. He had often observed firsthand the healing bond between his patients and their human caregivers, and he began to advocate for medical research to study the phenomenon. When his younger brother, the late Dr. Michael McCulloch, became a psychiatrist, the two brothers, together with several other veterinarians, founded the Delta Foundation to provide funding and direction for this research. Delta came from the Greek letter and mathematical symbol of the same name, which is represented by a triangle: human, animal, and health professionals, each representing a point.

In 1981 the Foundation became what we know today as the Delta Society, and the mission grew to include the training and registration of therapy animals, 95% of which are dogs, as well as their handlers. Through the Society’s Pet Partners program, now celebrating its 20th year, more than 10,800 teams worldwide visit hospitals, rehabilitation centers, schools, and other facilities throughout the world, as well as providing comfort to relief workers and survivors in times of crisis.

Asked what he is most proud of, Dr. McCulloch explains, “First, that the public and corporations have been so supportive of this effort to give time, talent, and treasure to the exploration and legitimization of this professional field. Through Pet Partners, we have been able to apply our research knowledge in both clinical and community settings.”